Aquaponics vs Hydroponics vs Aquaculture

What is aquaponics – and what is the difference between aquaponics, aquaculture, and hydroponics? Let’s start with the basics.

‘Ponics’ is a Greek word that refers to: toil, labor, work hard, fatigue; exertion; also, suffering (those of us in aquaponics can relate to the last definition).

Aqua is a light bluish-green color, and hydro refers to water. 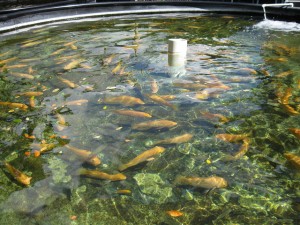 The simple definition of aquaculture is a fish farm with the primary objective being to raise fish for consumption. More specifically, aquaculture is the farming of aquatic organisms such as fish, shellfish and even plants. The term aquaculture refers to the cultivation of both marine and freshwater species and can range from land-based to open-ocean production. 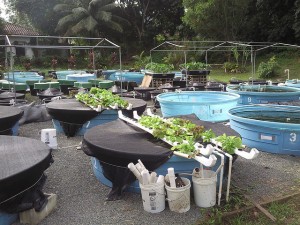 Hydroponics is the cultivation of plants in a nutrient solution rather than soil. Some just say, ‘growing plants without soil’. In other words, growing plants is possible through the process of adding plant-specific nutrients to a recirculating water system. 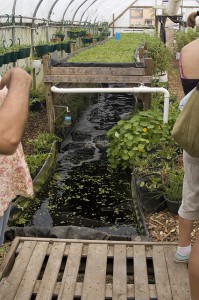 Aquaponics is the symbiotic cultivation of plants and aquatic animals in a recirculating environment. It is similar to a hydroponics system except instead of adding nutrients, you rely on the fish as nutrient-generators. That is, you feed the fish (this is the only input), the fish create waste, and that waste is converted to nitrates (plant food) through a nitrification process (bacteria).